BIBLE STUDY RESOURCES AND OTHER AUTHORS

Recommended reading of authors who present

The Map of Madaba

The Map of Madaba Description:

When Professor Tom Anderson first planned to lead a tour of mostly-Minnesotans to the Holy Land, he never imagined he'd become involved in a search for the Ark of the Covenant and the Holy Grail, in the hope of bringing peace to the area. Clues found on a mosaic map and on an ancient scroll led Tom, his beautiful companion, Najah, and the rest of his group on a voyage that included a travelogue of historical sites; kidnapping and murder; intrigue and romance. Was the search successful? You be the judge!

The Map of Madaba Details:

The sequel to "The Map of Madaba". Professor Anderson and Najah are on a new adventure from the American Midwest to war-torn Mid East.

(Please Note: This book may no longer be available on Amazon!)

The Chronicles of Narnia

The Chronicles of Narnia Description:

An impressive hardcover volume containing all seven books of in the classic fantasy series The Chronicles of Narnia, graced by black-and-white chapter opening illustrations and featuring an essay by C. S. Lewis on writing.

Fantastic creatures, heroic deeds, epic battles in the war between good and evil, and unforgettable adventures come together in this world where magic meets reality, which has been enchanting readers of all ages for over sixty years. The Chronicles of Narnia has transcended the fantasy genre to become a part of the canon of classic literature.

This edition presents all seven books—The Magician's Nephew; The Lion, the Witch and the Wardrobe; The Horse and His Boy; Prince Caspian; The Voyage of the Dawn Treader; The Silver Chair; and The Last Battle—unabridged. The books appear according to C. S. Lewis's preferred order and each chapter features a chapter opening illustration by the original artist, Pauline Baynes.

The Chronicles of Narnia Details:

The Shack: Where Tragedy Confronts Eternity

Mackenzie Allen Philips' youngest daughter, Missy, has been abducted during a family vacation and evidence that she may have been brutally murdered is found in an abandoned shack deep in the Oregon wilderness. Four years later in the midst of his Great Sadness, Mack receives a suspicious note, apparently from God, inviting him back to that shack for a weekend. Against his better judgment he arrives at the shack on a wintry afternoon and walks back into his darkest nightmare. What he finds there will change Mack's world forever.

In a world where religion seems to grow increasingly irrelevant The Shack wrestles with the timeless question,

"Where is God in a world so filled with unspeakable pain?"

The answers Mack gets will astound you and perhaps transform you as much as it did him. You'll want everyone you know to read this book!

Wild Grows the Heather in Devon

Journey across the ocean and back across the decades to stately and graceful early twentieth-century England in bestselling author Michael Phillips' new series THE SECRETS OF HEATHERSLEIGH HALL. In the rich tradition of George MacDonald and the Stonewycke novels, Phillips captures all the beauty and tranquility of another age.

Wild Grows the Heather in Devon is the first book in this timeless and thoughtful tale of one family's journey toward faith. On the windswept downs of Devonshire looms Heathersleigh Hall, the ancient and majestic home of the Duke of Heathersleigh and his family. But an age-old secret lies hidden within its walls the key to a mystery that will forever change the lives of those who abide there.

Charles Rutherford, The Duke of Heathersleigh. A man of the times, a socialist, evolutionist, and powerful politician, until a startling encounter begins to lead him toward faith. Lady Jocelyn Rutherford. A woman whose unhealed scars cause her to struggle against, and long for, the love of a good God. Amanda Rutherford. Their fiercely independent and rebellious daughter, who rejects her parents' growing faith and the changes it brings.

She strikes out on her own, determined to make her mark on the world at any cost. While the shadow of war threatens England's peaceful slumber, the family's long-kept mystery begins to unravel. Who will be the first to discover THE SECRETS OF HEATHERSLEIGH HALL!

Legend of the Celtic Stone

Legend of the Celtic Stone Description:

An Epic Saga of Scotland From Michael Phillips!

Let bestselling author Michael Phillips take you to a place of noblemen, mysterious highlanders, and ancient legends with Caldeonia. Enjoy the beauty, the adventure, and the romance that is Scotland both past and present. "Absolutely smashing! I loved the history-." Mary Hutchison, a fiction fan from Devon, England.

Following on the success of The Secrets of Heathersleigh Hall, Michael Phillips recreates a world of heather-covered moors and evocative highlands where one man's quest to uncover his connection to his celebrated ancestry evokes the glory that is Scotland.

In Legend of the Celtic Stone, Westminster Abbey is the site of a burglary that sets all of Great Britain astir. Both the IRA and Scottish nationalists are thought to be the culprits but no one has the answer to the puzzling crime. Andrew Trentham, member of Parliament and one of the nation's most eligible men, is as chagrined by the break-in as anyone, and wary of the winds of nationalism sweeping down from the north. It is difficult for him to focus on national affairs however when his personal life is filled with all the trouble he can handle.

Rebuffed in his proposal of marriage by the woman that he loves and suffering through the lingering pain of a family tragedy, this heir of noble blood is compelled to reexamine his foundations. What Andrew discovers in the process is a link to ancient Caledonia, a highland heritage that will forever change the way he looks at the world. As the ancient legends begin to shed light on Andrew's place in the world, he makes attempts to rekindle the love he has lost. At the same time, a resurgent Scotland rises to reclaim the glory of its storied past.

Legend of the Celtic Stone Details:

Michael Phillips gives readers evocative descriptions of distant lands and distant times, a panorama of a world you can visit only through books.

AN ANCIENT STRIFE, the second book in the Scottish CALEDONIA series, brings all of these elements together with a contemporary political mystery that holds the future of a nation in its answer. At the heart of the book stands Andrew Trentham, a member of the British Parliament who continues his personal pilgrimage to discover his heritage in order to answer questions looming before him in the government.

Through stories read and told to him, he uncovers more about his own ancestors, more about the history of Scotland, and more about the spirit of a people long kept from experiencing the freedom they so desire. At the height of his search, Trentham comes across a feisty highland lass who throws unexpected complications into his personal life. Will she help or hinder his quest to finds the answers he desperately needs? Will he gain the courage and vision necessary to learn from the example of the past and stand for what he truly believes? 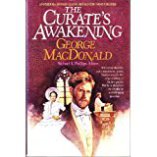 A young minister's honest search to discover the truth of Christianity.

Great story (By Kay)
"The Curate's Awakening is one of my favorite books. The questions that are dealt with by Thomas Wingfold are questions that all people of faith wrestle with at some point in their lives. I underlined passages, was challenged in my own life from the struggles the different characters in the book faced. It is an inspiring and uplifting book."

The Crown and the Crucible

The Crown and the Crucible Description:

Amid the turbulence of prerevolutionary Russia, the lives of two families become inextricably entwined. When Anna Burenin leaves her tiny village to work in St. Petersburg, she is thrust into the life of the spoiled Princess Katrina Fedorcenko. Soon both peasant and princess will face the prospect of their beloved Russia being torn apart.

The Crown and the Crucible Details:

Heirs of the Motherland

Heirs of the Motherland Description:

Eighteen years after his daughter's birth, Count Dmitri Remizov returns to Russia from exile to find his only child. But Mariana, who was raised as a peasant, is hesitant to take her place in Imperial Russia. Meanwhile, Sergei and Anna must decide whether to risk emerging from hiding. Will they find a way to reunite their families and claim their heritage?

Heirs of the Motherland Details:

BACK TO: Jonathan's Recommendations

All 5 PDF Books in a Continuing Series of

The Parables of Jesus

The End of the Old & The Beginning of the New

Jonathan's 7 volumes in a series of New Testament commentaries

If you like the Amplified Bible, this translation unpacks more Word!

GIFTS OF HIS SPIRIT,

HIS LIFE, HIS GRACE,

supports the creation of JMNT Content, but is not

* Disclaimer: As an Amazon Associate

on this site are priced identical to ordering directly from Amazon.com.